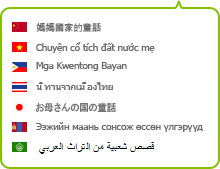 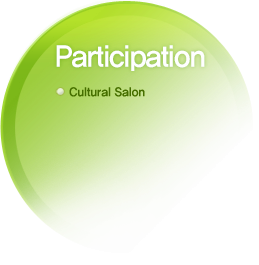 There is a big difference between knowing and understanding. When the Multicultural Family Music Broadcast for Filipinos was established in 2008, I used to think that I know some things concerning foreign workers, foreign students and Korean spouses. But I realized that there was no depth in my understanding of issues relating to these individuals back then. Understanding means feeling other people’s sentiments. And this is the soul and the very essence of the program.

Two years ago, I had limited opportunities to talk with Filipinos in South Korea. There weren’t much chances to listen to what they think and feel. However, when the Multicultural Family Music Broadcast for Filipinos started, it was the beginning of a deeper communication. This isn’t only about me and my fellow Filipinos, but it’s about the establishment of a connection between Koreans and Filipinos in order for them to bridge the existing gap between the two. Understanding both cultures is an essential tool to the creation of a better society.

Giving a more substantial and entertaining program doesn’t only require knowing of issues at hand. Listening to what their hearts say is what matters most. Having a radio program that talks with a heart and directly to hearts of Filipinos in South Korea is what represents reality – real people, real stories, and real emotions.

There were several stories shared in the program which were really touching such as:

1. A Filipina married to a Korean who is a singer by profession was going to have a performance and suddenly received an unexpected news from the Philippines. There was a call saying that her father died whom he had not seen for several years. It was a sad story but her faith of overcoming this challenge made her stronger. At that time, she said that “the show must still go on” despite what happened.

2. A Filipino worker whom we’ve talked with over the phone was asking for prayers from his fellow Filipinos who were listening to the program. The reason being was that his uncle had a stroke and he couldn’t go back to the Philippines because he had to earn money.

3. A Filipina married to Korean shared her inspiring story in the program as she revealed that her husband is suffering from epilepsy. For almost a decade, she has been the bread winner. She said that there were so many times she wanted to give up but because of love, their relationship grew stronger in spite of their financial difficulties.

4. Most Filipinos who have been interviewed for the program’s segments ‘Boses ng Pinoy’ or ‘Voices of Filipinos’ and ‘Hello Pinoy’ were very vocal of how they miss and love their loved ones in the Philippines. Through this program, they can express their feelings and sentiments despite the distance. “Mahal Kita” or “I Love You” and “I miss you” were commonly heard from Filipinos who were interviewed.

5. A Filipino engineer based in Seoul contacted me and requested a surprise greetings for the anniversary of his marriage through the Multicultural Family Music Broadcast for Filipinos. He greeted his wife and children on-air to show them his love for them despite the distance.

The Multicultural Family Music Broadcast for Filipinos will continue to strive in entertaining Filipinos and empowering them with needed information to have a better and easier life in South Korea.